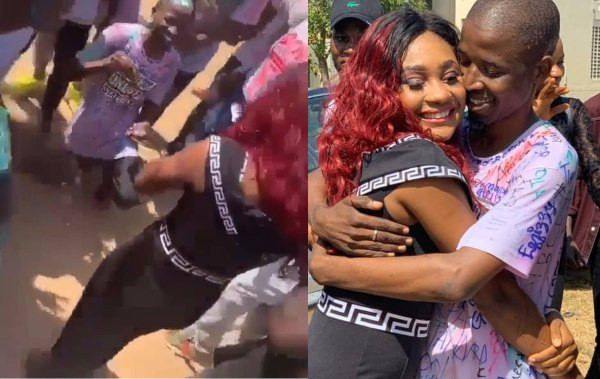 University of Abuja’s outgoing Student Union Government President Suleiman Rabiu, took his relationship with his 100-level girlfriend Princess Iboro Offonz a step further as he proposed to her after writing his final exam.  The Muslim SUG President got a ‘YES’ from his Christian girlfriend who is from Calabar, after going down on one knee to propose to her while flanked by friends and well-wishers.  Here is the video below;       View this post on Instagram         #UniAbuja SUG President proposes to his 100-level girlfriend after writing his final paperA post shared by Lindaikejiblog (@lindaikejiblogofficial) on Dec 3, 2019 at 5:48am PSTThe post UNIABUJA Muslim SUG President proposes to his Christian 100-level girlfriend same day he wrote his final paper (video) appeared first on Linda Ikeji Blog.