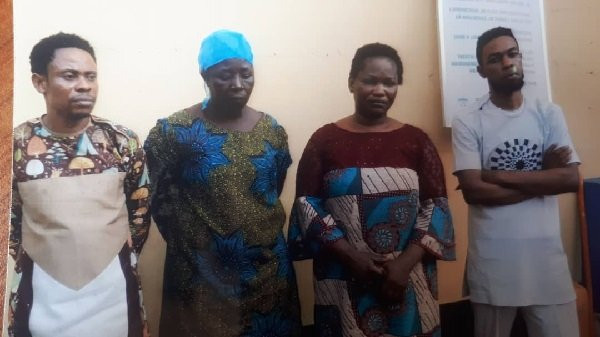 Four self-acclaimed pastors accused of conducting fake miracles and giving out fake prophecies within Lekki and Epe have been arrested by the Lagos State Police Command.  Operatives of the State Criminal Investigation and Intelligence Department (SCIID) arrested the suspects around 5am on November 30 after investigating the activities of one Pastor Ikpom David who allegedly hired fake members for fake testimonies at his church Wonders Assembly Ministry, which is located opposite Lagos Business School in Ajah. Pastor Favour Elijah Chimobi said to be the founder of Elijah Ministry located at 9 Igirita street Port Harcourt, also reportedly hired one Rukayat Folawewo who gave a fake testimony of recovering from an accident after being prayed for by the Pastor. Chimobi also reportedly hired another woman, Bunmi Joshua who testified that her speech and hearing impaired child got healed after being prayed for by him.  Chimobi and David reportedly worked together to fleece unsuspecting members of their money and valuables. The suspects who were busted after the women they hired for fake testimonies were arrested, will be charged to court once investigation has been concluded.  The post Police arrest Lagos pastors conducting fake miracles appeared first on Linda Ikeji Blog.