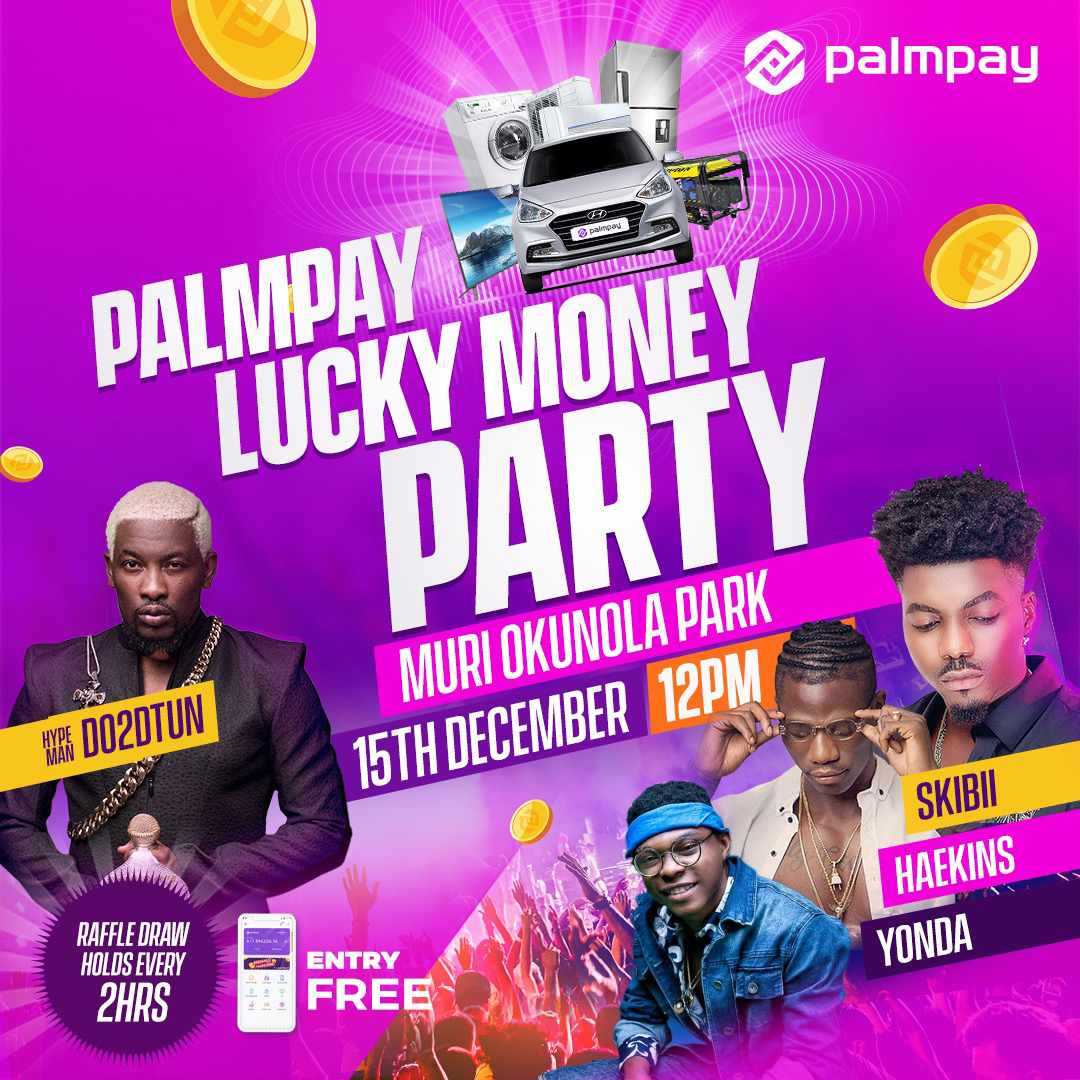 The clock is ticking as the city of Lagos awaits the staging of what has been touted as the biggest event this December themed ”Lucky Money Party”. The daytime event is hosted by PalmPay on the 15th of December, 2019 from 12pm at the popular Muri Okunola Park in VI. PalmPay is a new payment app that launched recently with the promise to reward its users for all of their transactions. With this event, PalmPay is living up to its tagline by rewarding Nigerians through a raffle draw which will be held at the party. Prizes to be won include a brand new Hyundai Xcent car, mobile phones, generators, refrigerators, washing machines and more. Entry to the party is free to anyone that shows their PalmPay app at the gate and users can enter the raffle by using the “Lucky Money” feature in the app. The Lucky Money party promises to be ”LOUD” with a stellar line up of artistes like Skiibii, Yonda of DMW, Haekins of DMW & other exciting artistes. The Energy Gad Do2dtun will be hosting and Dj Stormzy will be holding it down on the wheels of steel. Other artistes are also on the line up even though they are yet to be confirmed but are A-lists!!! In the build-up to the Lucky Money party, the brand new Hyundai Xcent car to be won has been on display at the Ikeja City Mall and PalmPay has been giving away exciting prizes like mobile phones and headphones on their social media platforms. Follow @palmpayapp on Facebook, Instagram, and Twitter to learn more about Lucky Money and download the PalmPay app here Grab your tickets to the PalmPay Lucky Money party here  The post One person at this free party in Lagos will walk away with a car this weekend. Will it be you? appeared first on Linda Ikeji Blog.