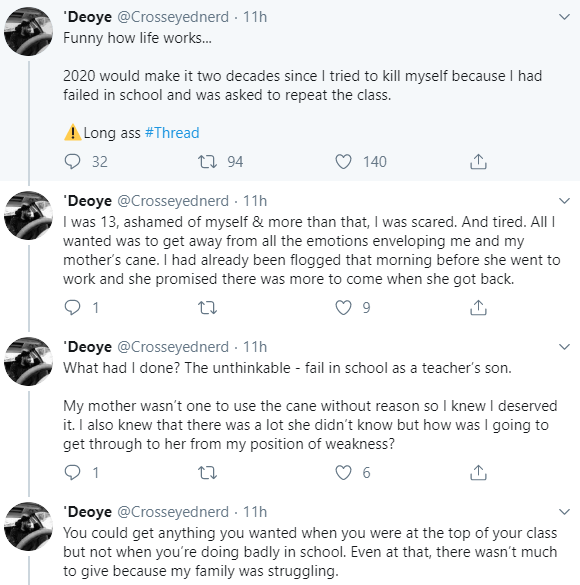 A man who nearly took his life after he was asked to repeat a class has narrated the story of his life and it’s highly emotional. @Crosseyednerd said that after his JSSCE, he was advised to go to the Commercial Class based on his strengths. But his father wouldn’t hear of it and insisted he had to be a science student. He obeyed his father and that was when his problems at school began. He did so poorly that he was asked to repeat SS1. Unfortunately, things were so bad for the family at the time and they were mostly relying on his mother’s meagre teacher salary. Repeating a class meant the money spent initially had been a waste and his mother, angered by this, flogged him and gave him a lecture about how much of a disgrace he was. When she left for work, he tried to hang himself. Luckily, his sisters came in just in time to save him. When his mother heard, she was moved to tears and called him for a talk. She decided he was going back to Arts class and she also got him a lesson teacher from the very little salary she was earning. Today, the Twitter user said he has two degrees, a number of other certifications, and he has a job that he loves. He took to Twitter to mark nearly two decades after he almost committed suicide. Read his emotional story below. 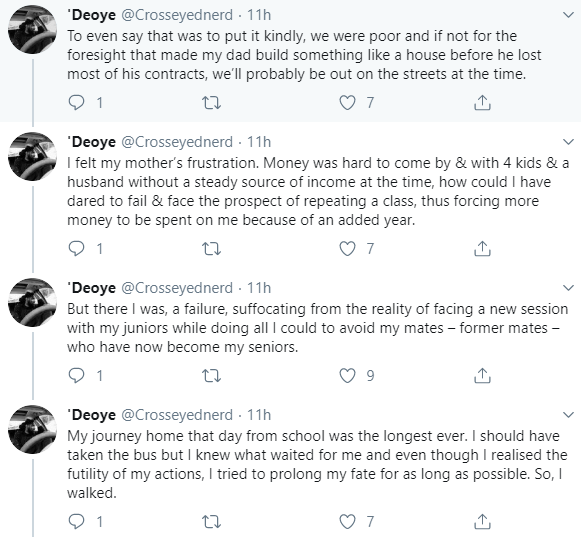 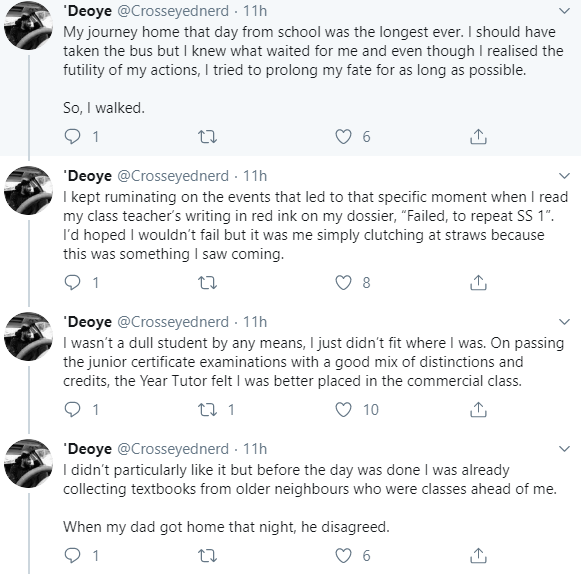 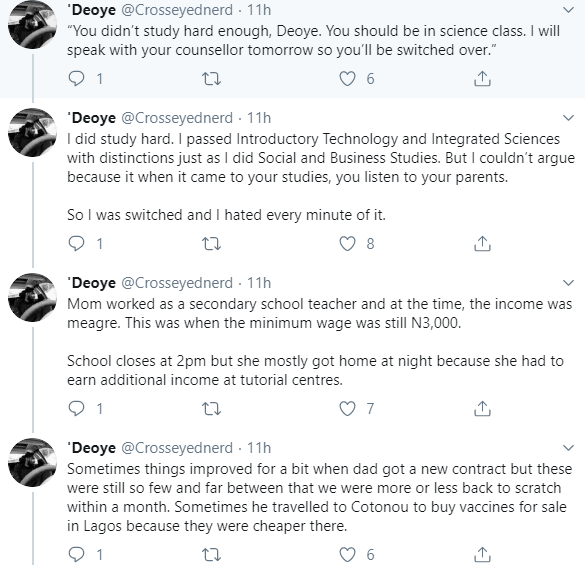 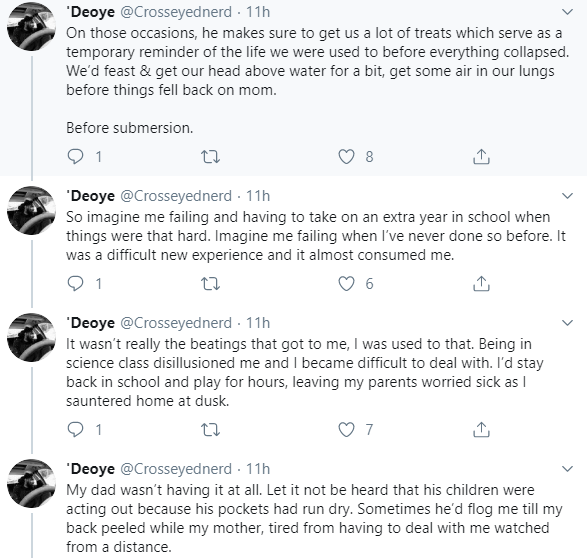 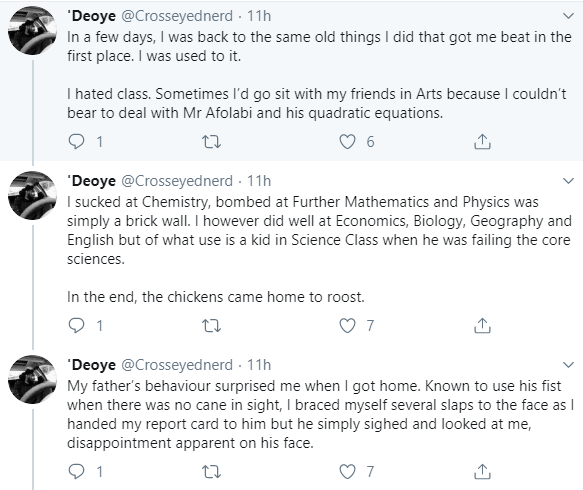 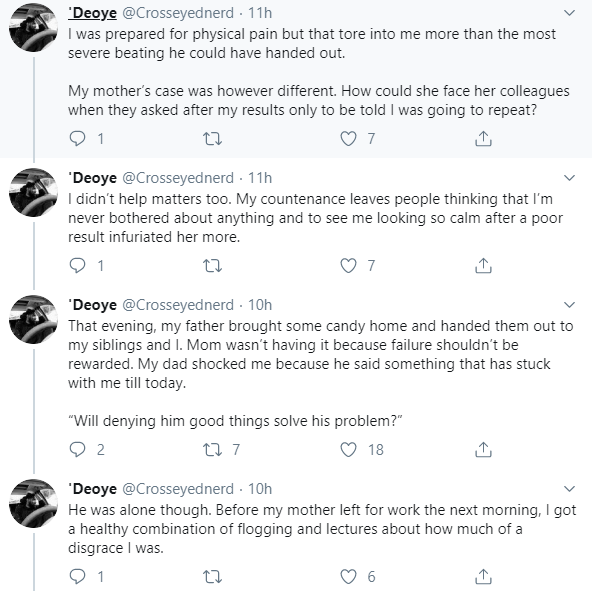 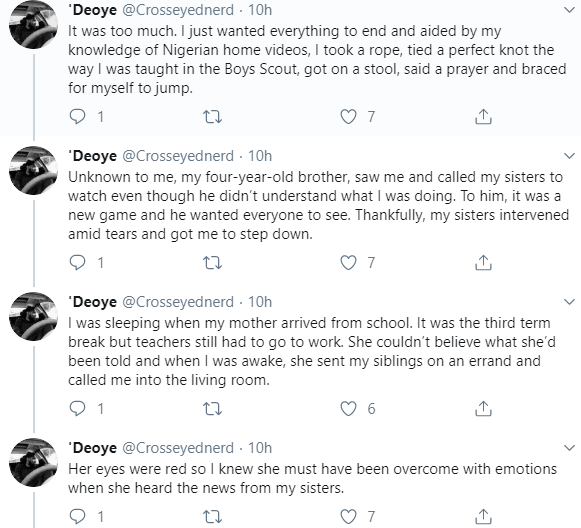 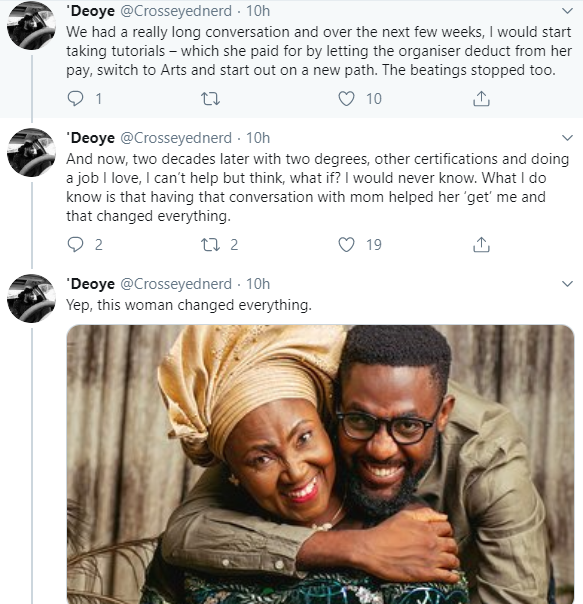 The post Man who nearly took his life because he was asked to repeat a class shares his touching story appeared first on Linda Ikeji Blog.