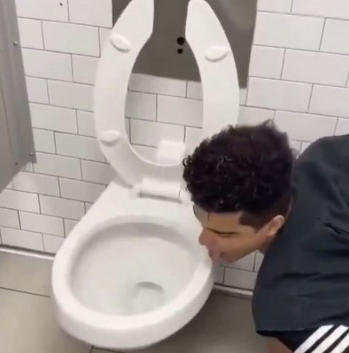 A man who filmed himself licking a toilet bowl while taking part in the “coronavirus challenge” is now reportedly ill in hospital with the deadly disease.

In a video posted on TikTok, the man can be seen placing his mouth around the toilet bowl and extending his tongue to lick it.

The man who chose to take part in the challenge is now sick in the hospital, according to Piers Morgan on GMB.

Piers said: “You may remember also the other idiot, this is also in America, as part of the coronavirus challenge some morons are doing, went into his local toilet cubicle and licked the bowl.

“I think this called karma – he’s got coronavirus.”

Piers also took to Twitter to ask why hospitals are treating the man after he intentionally put himself in harm’s way.

He tweeted: “Why is this moron getting treated? He should be in jail, not taking up a vital hospital bed.” 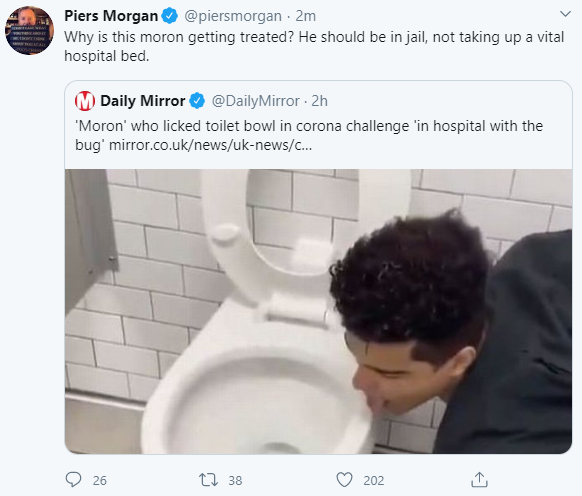 The “coronavirus challenge” began after a TikTok influencer shared a clip of herself licking a toilet seat as someone says “it’s corona time”.

She told Metro: “I was tired of that b***h corona getting more publicity than ME. I’m the real celebrity.”

She added that health experts “can suck it” and claimed, “I’m fine”.

She went on to say if her actions lead to other people becoming ill with the deadly virus “that’s their problem”. 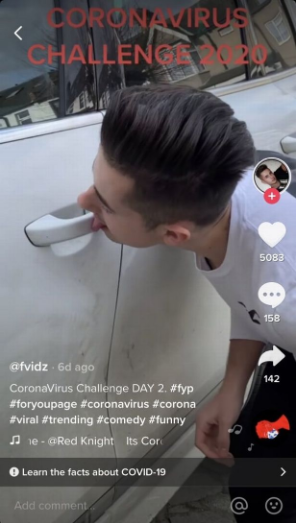 The so-called “coronavirus challenge” – which sees people share videos online of themselves licking objects in public places – has been slammed as “highly irresponsible” by health experts.

In one video, a man licks a pole on public transport to the disgust of another who moves away, while another video sees a man – whose Twitter account has now been suspended – licking a public toilet seat. 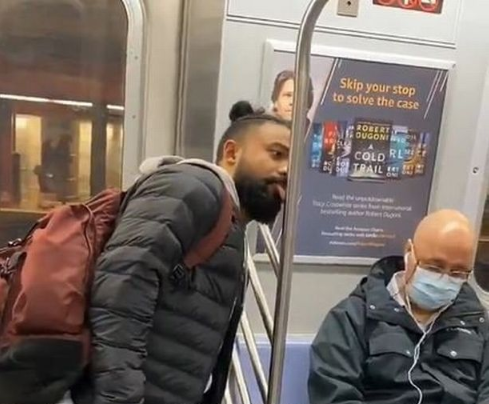 Metro reports TikTok has confirmed it will remove all challenge content from the site – though a trio of clips from Britain showing a man licking a car door handle, scooter and other surfaces was still live on Tuesday night. 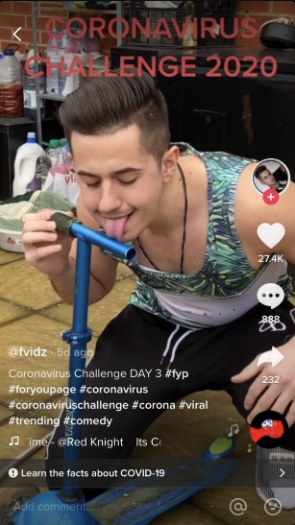 NHS England has also expressed outrage at the behaviour, with medical director of primary care Nikki Kanani calling it “highly irresponsible” and the challenge “pointless”.

“Our NHS staff are working round the clock to prepare to treat those who need it during the peak of the pandemic – the last thing they need is internet trends unnecessarily putting people in hospital,” she added.