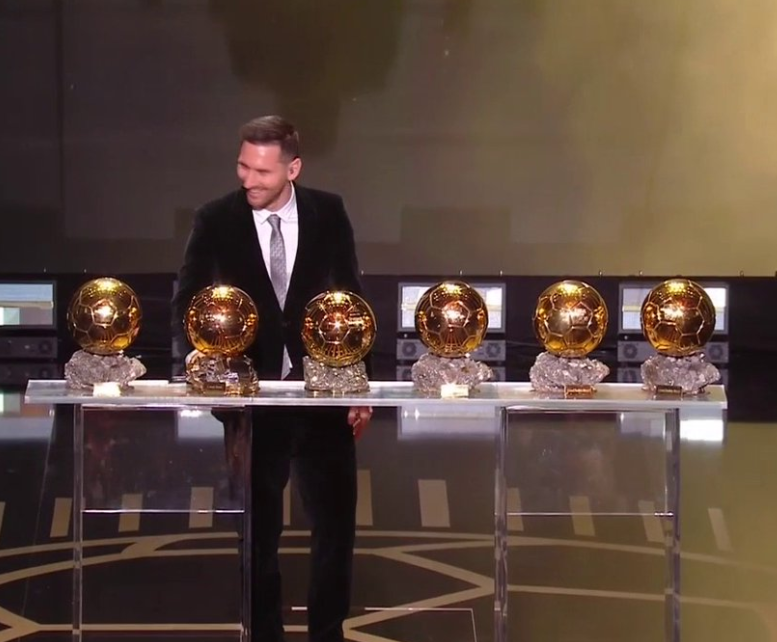 Barcelona striker, Lionel Messi has won his sixth Ballon d’Or, breaking a tie for most ever with his arch-rival Cristiano Ronaldo. The 32-year-old beat Liverpool’s Virgil van Dijk and Juventus’ Cristiano Ronaldo to win the award at a ceremony which took place in Paris on Monday night, Dec. 2nd. Messi has now become the first ever player to win the award on six occasions, having been tied with Ronaldo on five. The Argentine and the Portuguese superstars dominated the Ballon d’Or for a decade between 2008 and 2017. Although their duopoly was broken last year when Real Madrid midfielder Luka Modric claimed the prestigious prize.The post Lionel Messi wins sixth Ballon d’Or as he breaks ties with his arch-rival, Cristiano Ronaldo appeared first on Linda Ikeji Blog.