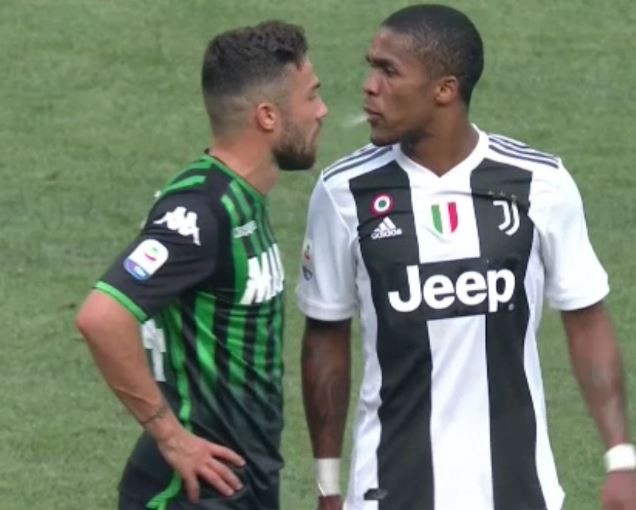 Juventus striker, Douglas Costa has apologised to the club fans after being sent off for spitting in the face of Sassuolo’s Federico Di Francesco in a 2-1 Serie A win in Turin on Sunday.
Cristiano Ronaldo scored his first goals for Juventus but the champions’ fourth win in as many games this season was overshadowed by Brazilian Costa’s late red card for spitting at Di Francesco the 24-year-old son of Roma coach Eusebio Di Francesco.

“I would like to apologise to all the Juventus fans for my wrong reaction during today’s game, I also apologise to my teammates, who are always by my side, in good and bad times. It was ugly, I am aware of that and I apologise to everyone for that. I want to make clear that this isolated conduct has nothing to do with what I’ve shown throughout my career” he wrote on Instagram.

Costa now faces an extended ban with coach Massimiliano Allegri annoyed with the forward for “rising to provocation”. 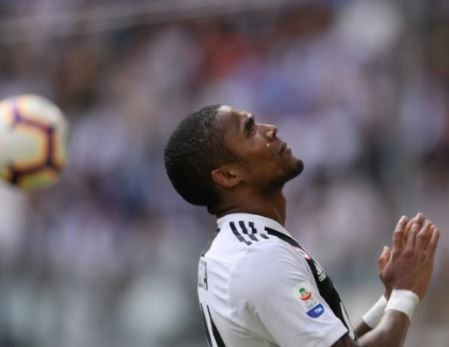 “Maybe he was irritated at a foul before, but it doesn’t matter, because these things should absolutely not happen. The one thing we must avoid is rising to provocation. We could have scored a third goal, but instead we started to play as individuals, we tried to dribble past everyone, this wound up the opposition, who then reacted badly and then you get situations like Douglas Costa,” said Allegri.