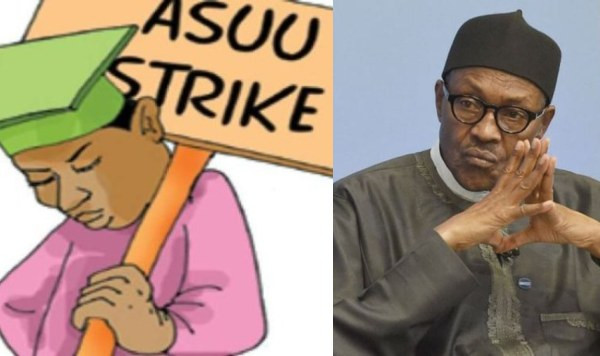 The Academic Staff Union of Universities (ASUU) has accused the Nigerian government of trying to over-localize the university system in the country through its insistence on the Integrated Personnel and Payroll Information System (IPPIS). ASUU’s President, Prof. Biodun Ogunyemi who spoke with newsmen after a meeting with members of the union at the Federal University of Agriculture in Makurdi (FUAM), stated they are in the age of internalization and it would be an anathema for them to allow government to over localize the university system.  He said; “What they are trying to do in Nigeria is to over-localize us (ASUU) but universities are international learning and research environments. We are now in the age of internationalization.“That is why people talk about global ranking of universities, they don’t talk of local ranking of universities. So, it would be an anathema for us to allow government to over localize us. To buy into IPPIS means we are surrendering the autonomy of the universities which is highly cherished all over the world.” Biodun stated that their members are ready to face the Federal Government head-on if it goes on with its threat of not paying its members salaries following their refusal to enrol in the IPPIS.  According to the ASUU President,  getting back into core civil service would not augur well for the education at the tertiary level as universities are meant to be governed by their employers – the Governing Councils and not the Head of Civil Service of the Federation. He added; “The employers of universities academics are their governing councils and not the Head of Service. Universities are not part of civil service and there is nowhere in the world where such practice as they are trying to impose on us in Nigeria obtains.“And we have sited this example before. In Ghana at some point, they introduced IPPIS but later they excluded the universities because they know it would not work.”The post FG trying to over-localise university system with IPPIS ASUU appeared first on Linda Ikeji Blog.