Yaron Mudi's Blog | Latest Movies & Entertainment News
In a bid to perform excellently in their individual task to show kindness to each other, Jackye hit the nail on the head with Ike by making him realise his very bad behaviours in the house and advising him to stop it so it wont lead to his disqualification from the show.

Ike who is known to be very temperamental was advised by Jackye to always remember to control his anger because silence they say is golden.

According to Jackye, she think Ike loves money too much and this made her advice him on his love for money. Jackye said:
”I won’t tell you to stop making money but you should never love money more than yourself. I see how much you really want to make much money in life and I envy you, but please do not let your existence in life be to make money alone.”

She reminded him that if he keeps getting angry it could lead to something bad. Too much of anger could lead to physical fight which can lead to disqualification from the BBNaija house.
Recall that Ike is always involved in one fight or the other after Saturday night party and this has landed him a strike from Big Brother.

What a great adviser Jackye is, Ike must feel lucky right now. Will he take heed?#BBNaija https://bit.ly/2LaAKq5 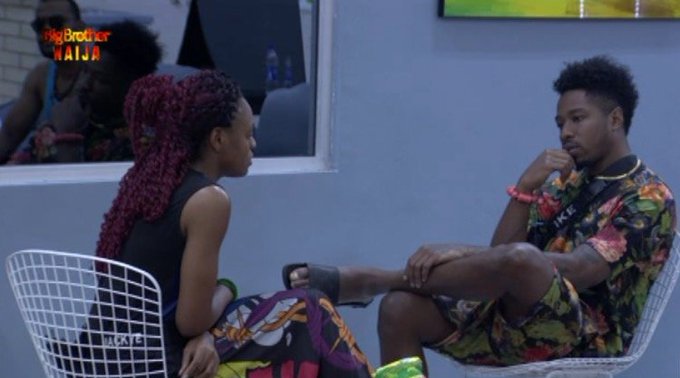 192 people are talking about this