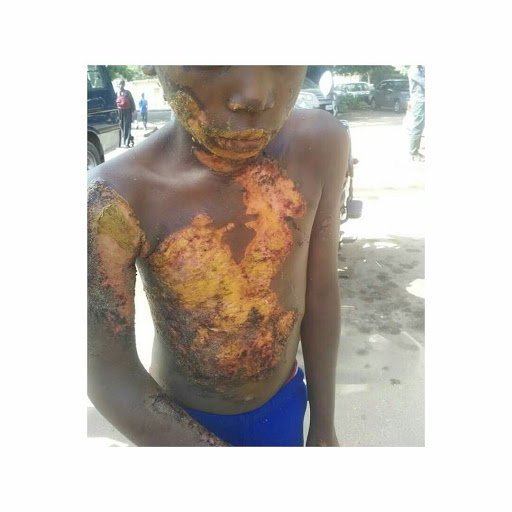 A woman has been arrested by the Nigerian Security and Civil Defence Corps, NSCDC, for allegedly setting her 8-year-old daughter ablaze with patrol, over a trivia offense in Kaduna. .
.According to Dailytrust,  the suspect also locked up the girl for six days before someone raised the alarm which attracted the security men. ..It was gathered that the suspect asked her daughter to take care of her two siblings while she went out to attend to her business. But the girl left for their neighbour’s house to watch a TV series..It was gathered that the mother became angry and poured petrol on her before setting her ablaze as punishment. ‎The girl is now recuperating at the emergency unit of a specialist hospital in Kaduna.