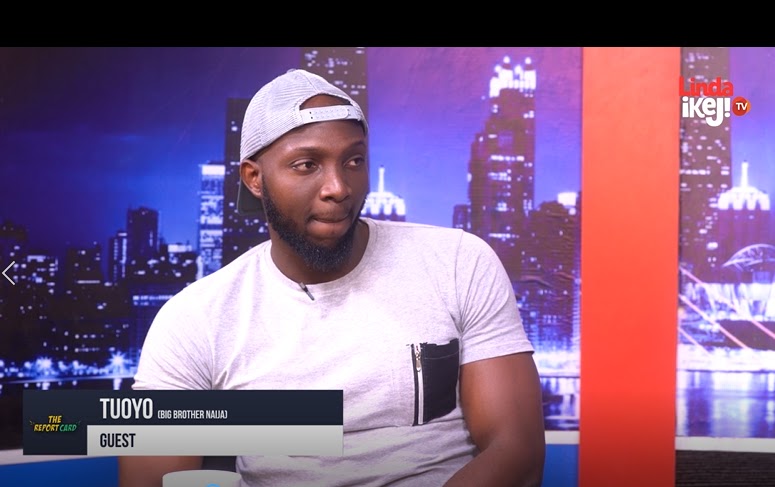 From LIB: Evicted Big Brother Naija housemate and stripper, Tuoyo, who was popular in the reality show for always putting up raunchy display during Saturday night parties, has spoken about his experiences as a stripper.
Speaking on The Report Card with Hero Daniel on Linda Ikeji TV (LITV), Tuoyo revealed that the highest amount he ever got from stripping was N350K. He said it was divorcee in Bayelsa State who paid him the money to privately strip for her.
He also denied sleeping with his clients and said stripping is like a therapy.
Watch the video here.